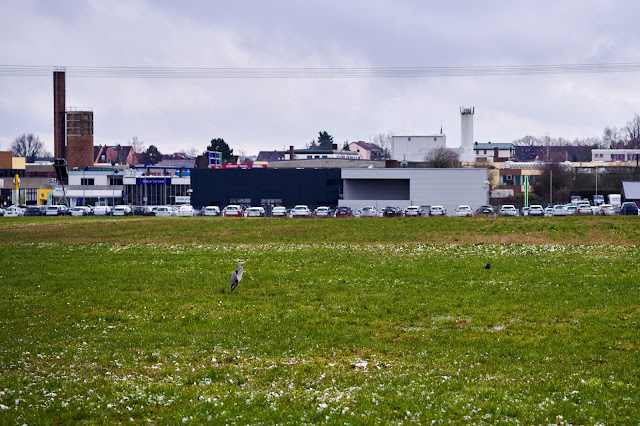 It is fun and not at all difficult. Well, not quite.

Basically, you take an old lens, buy an adapter for your (mirrorless) digital camera and go out and take photos. The difficulty is often or not in getting the focusing right. I find it easy to focus on a Fuji camera. On my Nikon camera the focus peaking is not as good as Fuji's and sometimes I struggle and have to zoom into the picture to get the focusing right.

Recently I have tried out two very different lenses.

The first is a Nikon 55mm, f2.8 Micro. It is a macro lens and is very good even wide open. The results of using the lens are very good. I suspect that almost no one could discern that it is an old lens. Here is one of a number of photos I have taken with it. Finally, a couple of photos with an old Carl Zeiss Jena 80mm, f2.8 medium format lens. According to my calculations, it is an "equivalent" of using a 124mm lens as the camera is only registering a small part of what the lens is projecting. Optically, it is still a 80mm lens but when using it on my Nikon, it seems to be a telephoto lens. Either way, the reults are interesting. Firstly, one of Karin in Home Office. To my eyes the colours look right. However, Karin's face looks slightly more red than in reality. I like the result, no I am very pleased with it. The lens had quite a lot of fungus in it and, along with the camera, a Pentacon Six TL, it needed cleaning and servicing. I wasn't sure the lens was still usable afterwards, so adapting it was a good way of testing how well it now works. I used an adapter from Pentacon to Nikon F and then used a second adapter from Nikon F to Nikon Z.

Finally, another photo of a tree in the snow taken with the same setup. 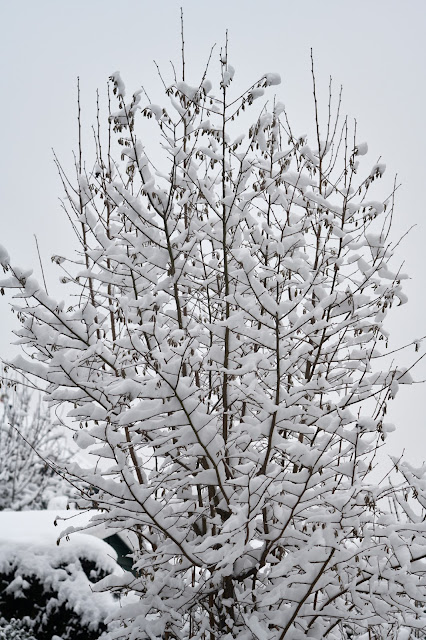